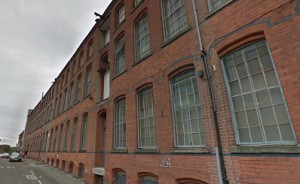 Nottingham City Council has approved plans to convert a Victorian-built factory in Nottingham into an aparthotel together alongside offices and workshop space.

The site is the part-three and part-four-storey Palmerston House in Mount Street in Nottingham.

The aparthotel will have 36 bedrooms located on the first, second and third floors. These will be a mix of single and two-bedroom apartments all with living areas and fully equipped kitchens.

The reception area for the aparthotel will be on the lower ground floor which will also include seven car parking spaces.

Palmerston House was in the news earlier this year when police officers broke into the building to discover a cannabis factory with 4,049 cannabis plants growing inside. The haul worth around £3.5million was reported as the largest ever found in the city.