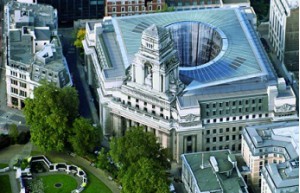 The Four Seasons Hotel London at Ten Trinity Square is located in the Grade II-listed former headquarters of the Port of London Authority, close to the Tower of London and a short walk from St Paul’s Cathedral.

Four Seasons Hotel London at Ten Trinity Square has 100 guest bedrooms including 11 signature suites plus 41 private residences. The hotel has three restaurants, including French, Asian and the Rotunda bar and lounge.

Three smaller meeting rooms are located above the hotel’s main entrance seating from six to sixteen delegates for a boardroom meeting or private dinner.

Nobu Hotel Shoreditch will open with 150 bedrooms at 10-50 Willow Street. Food and beverage menus will be developed by Chef Nobu Matsuhisa specifically for the hotel.

As with all Nobu properties, the design will reflect both the city of origin, as well as Nobu Hospitality’s signature east-meets-west philosophy. The five-storey hotel will feature a landscaped garden, staggered with terraces.

It is a short walk to Old Street tube station. Liverpool Street station is an approximate ten minute walk away.
Details:    www.nobuhospitality.com

Curtain Hotel will have nine-floors, including three underground, with 114 hotel bedrooms and six suites. Each room will have a hardwood floor, plenty of natural light and will be equipped with the latest in-room technology alongside contemporary artworks.

Curtain Hotel will have a 1,600 sq-ft rooftop pool area, a cafe and bar with views across the city plus two restaurants, one of which will be overseen by a Michelin-starred chef.

Curtain Hotel will include a ground floor lobby plus open-plan co-working space and meeting facilities. A luxury spa, nightclub, screening room, music venue and a ballroom all feature in the plans.

A private members club will be integrated within the hotel and will feature dedicated areas for members. 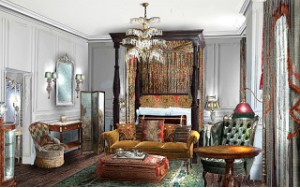 Ned Hotel will be operated by Soho House and will join their portfolio of 17 members’ clubs worldwide. Non-members will be able to book accommodation.

The Ned Hotel gets its name from the architect who designed the building - Ned was Sir Edwin's nickname.

The Grade 1-listed building will be redesigned in the style and decor of a 1930s transatlantic ocean liner. The Portland stone facades will be restored and the banking hall's marble columns and walnut panelling preserved.

The banking hall will be converted into the main food and beverage space. It will include seven bars and restaurants including an American cafe, a New-York-style deli, a Parisian cafe, a Grill Room and a branch of Cecconi's.

The former offices on the upper floors will be refigured as 252 bedrooms and suites.

The former safe deposit vault in the basement beneath the banking hall will become the main leisure area and will include a swimming pool, gym, boxing ring, sauna, steam room and a ‘Cowshed Spa’.

Ned Hotel will be located at 27 Poultry in the City of London, within walking distance of a range of tube and DLR stations.

Dorsett City will open in a 13-storey landmark building formerly known as The Matrix, located next to Aldgate tube station and the 18th century St Botolph Church.

Dorsett City will include 275 bedrooms, two restaurants, a roof-top bar and 1,600 sq-ft of meetings and events space. 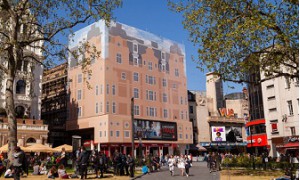 Victory House, London, MGallery by Sofitel will be operated by Bespoke Hotel. It will consist of three one-bed suites, six signature suites,13 deluxe bedrooms 58 standard bedrooms plus a total of six accessible bedrooms – all with the latest luxury fittings and free wi-fi throughout.

The hotel will feature a ground floor bistro restaurant.

Victory House is a heritage site overlooking Leicester Square and within a stone’s throw of London’s theatreland.

The former St. Olave’s Grammar School near Tower Bridge in the centre of London will be reopening this December as the 70-bedroom luxury boutique Lalit London hotel.

It is the Indian-based hospitality group’s first venture in Europe.

The former school is a Grade II-listed Victorian building which has completed a £50million overhaul.

Lalit London will feature an Indian bread bar — known as the Naanery — serving only breads from the subcontinent such as roti and kulcha matched with wines.

The traditional English afternoon tea will come with an Indian twist with options such as Cutting Chai tea and samosas and kathi rolls.

The restaurant in Lalit London will be located in the vaulted former Great Hall where pupils once ate school dinners and will feature an Indian-inspired menu.

Bedrooms described as ‘classrooms’, together with meeting rooms ‘Laboratory 1’ and ‘Laboratory 2’ reflect the building’s school heritage. 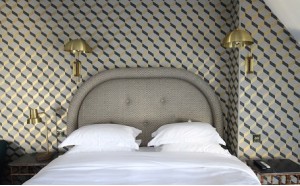 Henrietta Hotel open early 2017 in London
France-based Experimental Group operate a group of bars and restaurants across Europe and in New York including three bars in London.

Experimental Group will make its first venture into the UK hotel market in early 2017 opening the Henrietta Hotel with 18 bedrooms in the heart of Covent Garden in London.

Henrietta Hotel will be the sister hotel to the group’s Grand Pigalle in Paris.

Experimental Group is partnering with Michelin-starred chef Ollie Dabbous to open a new destination restaurant in the Henrietta Hotel.

The new 80-cover restaurant will be situated across the ground and first floors of the hotel. The Dabbous restaurant will feature a simple and seasonal, ingredient-led menu with a French influence.

Moxy is the Marriott group’s less formal brand; its bid for the ‘lifetsyle with attitude’ market.

Moxy London Excel Hotel will feature a bright, open lobby with a ‘Plug and Meet’ gathering area with ergonomic seating, a large writing wall and a 56 inch television for presentation projection.

The lobby area will also include a video wall and a 24/7 food and beverage offering. Continental breakfast will be served and there will be a bar in the evening.

The stylishly designed bedrooms will all be equipped with a 42 inch flat screen HD television, a high quality sound system and complimentary wi-fi.

Leisure facilities will include a fitness room with cardiovascular equipment and free weights.

Moxy London Excel is located in Dockside Road, a short walk from Royal Albert station on the DLR and just over one kilometre from London City Airport. Chargeable car parking will be available.

Novotel London Canary Wharf opening expected end 2016
Accor Hotels were planning to open a new Novotel in London’s Canary Wharf at the end of 2016. At 127 metres high, it will be the tallest

Novotel in the world. Novotel London Canary Wharf will have 313 bedrooms including 26 suites, a ‘cutting edge’ restaurant and bar concept plus nine meeting rooms and breakout areas.

Novotel London Canary Wharf will be located at 40 Marsh Street, a short walk from Canary Wharf DLR and tube station.

We await publication of an opening date.