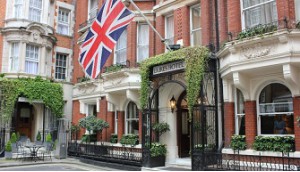 Dukes London will begin upgrading its meeting rooms this November, followed by a number of its 90 bedrooms and suites in January, as well as public areas including the Drawing Room.

Dukes London will also upgrade its Duchess rooms, which are aimed at the female solo traveller.

Dukes London is owned by Dubai-based Seven Tides Hospitality. They are planning to open Dukes Oceana hotel in Dubai in December.