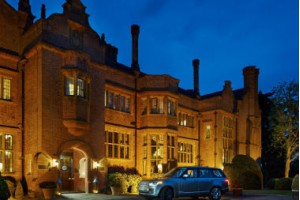 The new-look meeting space has been designed to create a seamless flow between each meeting and event area, as well as enhancing the IT specification and the meeting technology.

Three new meeting rooms have been created - Cedar, Pine and Willow – which can host 10, 8 and 8 delegates respectively.

These include the main Thundridge Suite - a multi-functional space accommodating up to 200 guests theatre style and Poles Hall - the chapel of the original manor house with its distinctive vaulted ceiling and minstrel’s gallery.

Hanbury Manor Marriott Hotel & Country Club is 25 miles from central London and a short distance from Luton and Stansted Airports.