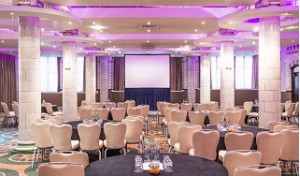 The Palace Hotel in Manchester, now part of Starwood Capital Group, has unveiled plans for a multi-million pound refurbishment, due for completion summer 2016.

Other members of the former Principal Hayley Collection including The Royal York Hotel and The George Hotel in Edinburgh have already benefitted from the £200million group investment project instigated following the acquisition of Principal Hayley in 2013 by Starwood Capital Group.

Renovation of the flagship Hotel Russell in London is yet to get underway.

The 275-bedroom, four-star Palace Hotel is located in central Manchester close to both Manchester Oxford Road and Manchester Piccadilly stations.