Following rationalisation in 1967 and then electrification only the former Wolverhampton High Level survived. It dropped ‘High Level’ from its name and went on to glory as one of the principal stations on the West Coast mainline between London, the Midlands and Scotland.

Wolverhampton Low Level, on the other hand, was relegated to become a parcels office for a few years before suffering 36 years of dereliction.

Then four years ago a couple of entrepreneurs recognised the potential of the Grade II-listed building. They bought it, renovated it and reopened the former station as Grand Station initially as a wedding venue.

However with two large ground floor suites plus four smaller first floor rooms they decided last year to market the facilities for the conference and events market. 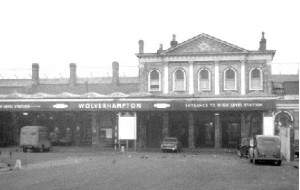 Grand Station is located in the centre of the country alongside Wolverhampton Station and with good access to the M6. It has its own 80-space car park in front to the building with an array of hotels on the doorstep and the new Birmingham Metro system a five minute walk away. The staff are very knowledgeable, helpful and friendly.

What took them so long to recognise its great potential as a conference and events facility?

The largest meeting room at Grand Station is the Grand Hall which has been formed from the two former platforms at the station. This is a modern meeting room seating up to 1000 delegates with all the latest technical and communication equipment yet still with the old railway architectural features and some of the former British Rail signage in place. 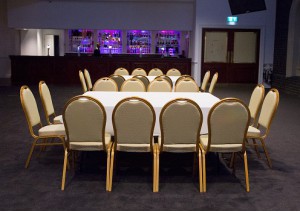 The Brunel Suite is alongside. It has its own entrance hall, staging and kitchens and will seat up to 250 delegates. Access to both rooms is through the Ticket Hall. All the rooms and facilities are wheelchair friendly throughout.

Upstairs on the first floor of Grand Station there are four meeting rooms which are currently being equipped ready for launch. They will seat between 12 and 22 delegates boardroom style – again fully equipped with the latest technology and with free wi-fi throughout.

Catering includes breakfast, hot and cold buffet lunches and refreshments throughout the day.

There is a refreshing air of spaciousness and character about Grand Station emphasised by its high ceilings and excellent lighting. You are aware of it the moment you enter the building through the cavernous, yet welcoming former ticket office.

It is rare to find it these days especially with large meeting and banqueting spaces in city centres tending to be relegated to the lower ground levels.

The only drawback at Grand Station is the lack of signage – this is because of restriction placed on it being Grade-listed. There is a small sign on the car park alerting you to the fact you have arrived at Grand Station but there is no signage on the front of the building. It is however an instantly recognisable building.

In short Grand Station Wolverhampton is an interesting building with excellent meeting facilities – and well worth investigating for the right event.