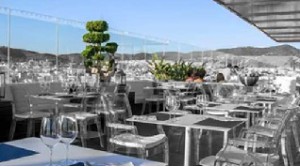 Now Barcelona football-star, Lionel Messi, has followed suit and bought his own four-star hotel in Sitges, a beach town not far down the coast from Barcelona. The hotel has been renamed Hotel MiM Sitges.

Hotel MiM Sitges has 77 bedrooms, five of which are junior suites and one of which is a superior suite. The hotel has 300 sq-mt of meeting space and also features a rooftop swimming pool with views across the Mediterranean.

Lionel Messi recognizes that his skills lie on the football field. Hence his hotel will be operated by Grupo Majestic, a Spanish hotels group. This is by no means Messi’s first foray into property. In 2013, he bought an office block in Barcelona.